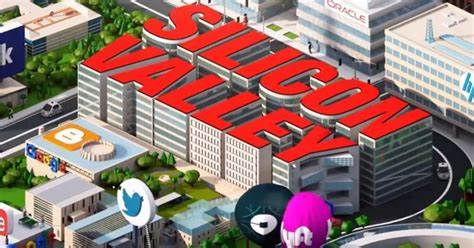 When it comes to technological innovation, the world has largely been defined by Silicon Valley and its companies – at least until now. But not only have European companies never been able to make it on their own, they haven’t even been able to provide the right climate in which innovative companies can grow and thrive. The continent has great universities and good infrastructure, but there simply aren’t enough risks taken, innovations created or risks taken that could lead to the next big thing. Why? And what can be done about it? Here are the answers you’ve been looking for.

The US school system was designed to give students a wide range of knowledge, regardless of its applicability to careers in math and science. STEM (science, technology, engineering and mathematics) education is a top priority at all levels. But as President Obama’s Council of Advisors on Science and Technology found in 2010, there’s been only modest improvement over time.

The US offers great benefits to employees and their families

health insurance, 401(k) plans, company stock, and on-site dry cleaning. Technology companies here also offer free lunches. But Silicon Valley has taken perks to another level: There are swimming pools and golf courses, gyms and spas—and if you’re looking for some peace and quiet, there’s nap room (yes, with teddy bears). No wonder some of tech’s biggest companies are located in an area about a two-hour drive south of San Francisco called Silicon Valley—it sounds like a playground. But according to an Atlantic report , not everyone is excited about America’s perks culture.

Capital markets in the US offer more funding opportunities

As venture capitalist Marc Andreessen famously said, Software is eating the world. The tech industry is booming in America and it’s turning into a capitalistic feeding frenzy. It’s funded by aggressive institutional investors (largely hedge funds) and private individuals with cash to spare. In 2010, for example, more than $19 billion was invested in tech startups, which is an all-time high. Can you imagine a startup getting that kind of funding in Germany? In Asia?

America is ahead in Internet speeds, which is key for digital businesses

Much of America’s Internet infrastructure is owned by private businesses, who have to make a profit on their investment. But European Internet infrastructure is owned by governments, who want to see lower-priced service across their entire country, so they haven’t invested as much in modern technology. This helps explain why American companies are generally further along than European ones when it comes to online innovation.

From tax breaks to government-funded grants, there’s a lot of financial assistance available to would-be entrepreneurs in America. This is why Silicon Valley has flourished into an innovator and center for entrepreneurship. Unfortunately, most European countries don’t have these same perks—and that could explain why we don’t see any major tech companies making headlines there.

Recruiting in the US is easier because of more immigration. Americans also make better engineers than Europeans do, who tend to be more theoretical and less practical.

One of my biggest frustrations with trying to hire European engineers has been their inability to think practically. Many of them come from academic backgrounds where they learned a lot about computer science but less about software engineering and its myriad complexities. Consequently, many don’t know how to debug code or build scalable systems. US engineers, by contrast, grow up learning not only how to write code but also debugging and scaling it—and using computers in general.

Why is China Cracking Down on Tech Companies?